The characters on Battlestar Galactica use the word Frack instead of the usual other four-letter word. I guess this is how they can swear and still get by the censors.

Well, it turns out that Frack is actually a Swedish word. According to an online translator, it means “audacious, shameless, impudent.”

And, of course, IKEA has a product named “FRÃ„CK” — a bathroom mirror on a folding arm: 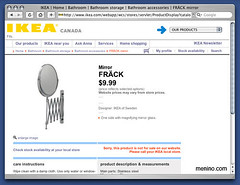 In what must be some sort of inside joke among the Galactica cast and crew, this Frack mirror can be found in Adama’s bathroom: 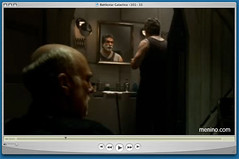 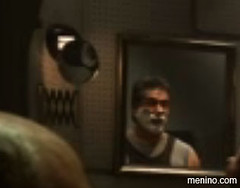