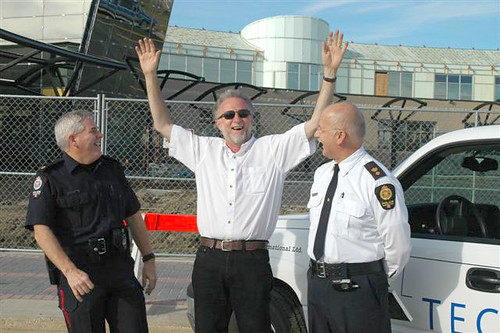 … Cops staked out a bar in the hope of finding a journalist drunk. The journalist in question, Edmonton newspaper columnist Kerry Diotte, wasn’t suspected of involvement in any crime. But Diotte had written a column criticizing the police force’s radar and camera technology as being more of a cash cow for the force than an effective measure against road fatalities, and the story enraged the local constabulary.

The police broke the law when they used a restricted database to obtain information on the journalist (who, much to the dismay of the police, had a clean record). The police were also unsuccessful in their attempt to bust the journalist.